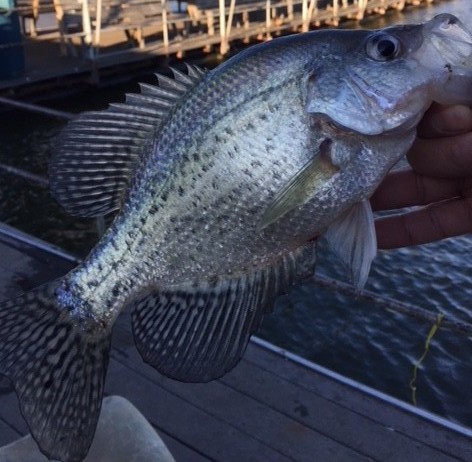 Many if not all seasoned anglers would agree that crappie fishing is definitely one of the most popular and productive types of fishing. What makes crappie fishing so popular is the fact that you do not require the prowess or the skill of a master angler in order to catch a crappie. Anglers of all skill levels can participate and experience the thrill of a good catch.

The big question when it comes to fishing crappie therefore is this; how do you catch crappie? Well, catching crappie is actually a lot easier when compared to catching more aggressive fish such as bass and carp, which require an advanced set of skills and a lot of patience. However, there are a set of techniques and skills, depending on the season, time of the day, temperature and the understanding of its habitat which will help you increase your chances of catching a crappie.

This article is meant to give guidance to anglers of all skill sets, from novices to professional anglers, on how to improve your skills in the art of crappie fishing. So if you have been wondering how do you catch crappie, this article contains all the answers to your questions.

WHAT IS A CRAPPIE?

An average adult crappie measures about 10 to 15 inches long, measured from the nose to the tail. It weighs about 4 pounds, with some even being recorded to weigh over 4.5 pounds. In the wild, Crappie have a lifespan of about 3 to 4 years, while in a controlled environment, some have been recorded to live for up to 15 years.

Black crappie also have compact bodies with a small mouth, while white crappie possess more elongated bodies with much larger mouths. This information is very useful to anglers who wish to differentiate between the two species.

Crappies are known by many other names, including strawberry bass, speckled bass (especially in Michigan) speckled perch, white perch, crappie bass or calico bass. The most common name they are also called is papermouths, since the fish have really delicate mouths. This means as an angler you have to be very gentle when hooking the fish because if the hook is yanked too hard, the hook will rip right through the crappie’s mouth.

Different techniques are used to catch crappie fish depending on several factors. Unlike most fish species, it is possible to catch crappie all year round. They do not go into any hibernation or semi hibernation during the winter, making them one of the most popular choice for anglers when they go ice fishing.

It is during the Spring however, that the crappie are most abundant. This is because crappie spawn during the spring. They are therefore very easy to catch. They can even be found as shallow as one or two feet from the surface of the water, due to the warm water temperatures of approximately 60 degrees experienced in Spring. This is the best season for beginners to learn how to catch crappies.

Crappie are schooling fish. This means that when you catch a crappie, there is a very high chance that there are about 20 more crappie around the same area. They prefer to school close to underwater structure such as fallen trees, rock piles, dock pilings, underwater vegetation, among other structures which are submerged. The structure provides safety to the crappie from predatory birds and larger predatory fish like the northern pike.

The following tips and techniques will help improve your skills in catching crappie. 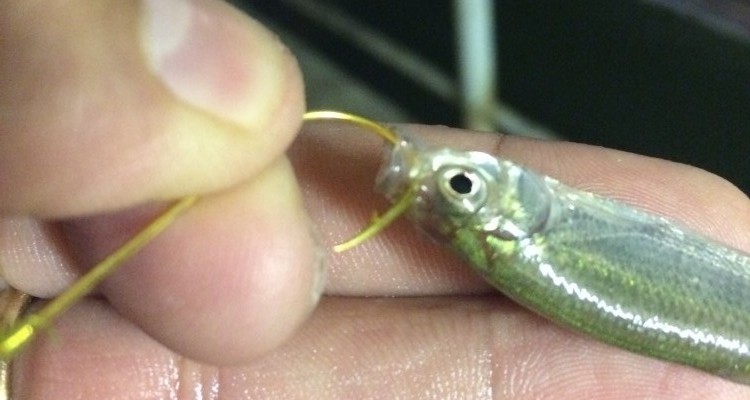 1. WHENEVER POSSIBLE, USE LIVE BAIT

Using live bait is the best option for fishing crappie (in my humble opinion!) especially if you are just getting started and are not well versed in the art of crappie fishing. There is a wide option of live baits to choose from.

2. USE THE RIGHT FISHING GEAR

Having the right fishing gear greatly enhances your chances of catching crappie while fishing. The gear does not need to be expensive since crappie are relatively small fish and are not tough to catch.

Although almost any type of fishing rod can be used for fishing crappie, most anglers fishing for crappie prefer rods which are highly sensitive, with soft action tips and strong rear sections. The soft action tips are especially useful in detecting the bites of crappie which are usually delicate and not easily detectable.

You should also choose the right line when fishing for crappie. For best results, the line used for crappie fishing should be very light, preferably weighing between 2 to 6 pounds (I use 6 pound exclusively). However, some anglers prefer using lines which are heavier, with some using lines weighing up to 20 pounds, especially those using cane poles, and those fishing in heavy brush areas along the bank.

3. USE THE RIGHT FISHING LURES

Using lures to catch crappie yields very effective results. Jigs are arguably the most effective lures used to catch crappie. They are highly versatile and adaptable to any fishing conditions. The most popular jigs are the spinner bait. They are basically a jig attached with a spinner blade. The blade of the spinner is metallic with either gold or silver color which shines and vibrates in the water, attracting the crappie towards the jig.

The image above shows the different jigs I use. You can see that they are in a wide array of colors and shapes. They are inexpensive and easy to get. I highly recommend that you get a wide variety because you really never know what is going to work on any given day. Crappie are tricky and finicky. The worst thing that can happen to you is seeing the guy/gal next to you catching crappie left and right with electric chicken and you don’t have it in your tool box. By the way chartreuse and electric chicken should always be in your tackle box!!!!

Here is an article I wrote in case you want to learn about the best crappie fishing lures.

4. USE THE RIGHT CRAPPIE FISHING TACTICS

For effective fishing and high efficiency rates in fishing crappie, you obviously need to use the right crappie fishing tactics. What is even more impressive is that these tactics can not only be used on a boat but can also be used from the dock, while wadding or even from the bank.

One of the tactics used in fishing crappie is vertical jigging. This method is very effective especially when trying to catch crappie which are deep and holding tight to underwater structures such as stumps and brush piles. Vertical jigging can be done with rod at nearly all lengths. In vertical jigging, you basically let your rod hang and let the jig drop into the water. Initially, you can let the jig sink to the bottom. You then bounce the rod tip severally and let it sit, repeating the process in cycles until you get a bite.

Another tactic is the traditional bobber fishing. The bobber rig is easy to set up and can be used on any length of fishing rod. The best results for using this tactic are yielded in water that is not too deep. When using this method, it is easy to adjust the depth of your bait, making it easy for you to know the depth at which you are fishing.

The most preferred fishing method for catching crappie is the cast and retrieve method. It is as simple as the name suggests. You simply cast your jig or bait, you let the bait sink, then you slowly retrieve it. The most preferred rod for this technique is the mid-length rod, measuring between 6 ½ and 7 feet. This method depends on trial and error in determining the depth at which the crappie are located, by letting the lure sink to different depths with every cast.

Arguably, the most efficient, productive and effective tactic is the spider rigging technique, if you have a fishing boat 🙂 (which I don’t yet ). This tactic is usually exclusive to crappie anglers, especially on big water bodies. This method involves the use of multiple long rods, usually 8, laid out in 180 degrees on a boat. The rods are all set at different depths, with each rod having different baits or lures. Once one rod hits a school of crappie, the other rods are adjusted to the same depth. The lures of the other rods can also be changed to match the setup of the other rod.

5. FISH AT THE RIGHT DEPTH DEPENDING ON THE SEASON

As stated earlier, Spring is the best time of the year to fish for crappie. It is during Spring that the crappie spawn with all the main stages; pre-spawn, spawn and post-spawn occurring in this season. During this season the fish are located very shallow and are easy to catch.

During Summer, the crappie move deeper into the water where the temperatures are cooler than the surface. This is the least common season for crappie fishing. It is especially difficult to fish for them in large water bodies since they are spread out, hence difficult to locate them.

The Fall is the second best season to fish for crappie. This is because in this season, baitfish, which are a main source of food for crappie, move to shallow waters, prompting the crappie to follow them. The cool water temperatures are also favorable to crappie.

During winter, crappie are located deep, where the water temperatures are warmer. It is therefore advisable to use fish finders, to determine the depth of the crappie. In winter, the crappie are also in dense schools, meaning that if you have caught one, then you have definitely hit the jackpot.

Check out this article about fall crappie fishing tips to learn more about water turnover….

In order for you to make the best use out of your time while fishing for crappie, here are some parting thoughts and insider tips that will make your crappie fishing expeditions more successful.

● When fishing for crappie, ensure that your line is tight at all times. This is because when the line is loose, it is easier for the fish to shake the hook.

● Before changing your bait or lure, ensure that you have tested it on every depth possible within the area.

● When fishing for crappie, set the hook such that it is firm but soft, to minimize the risk of the hook tearing through the delicate mouths of the fish while retrieving them.

● The best times of the day for fishing for crappie is at dusk and at dawn, when they are closer to the water surface due to cool water temperatures at this time.

I hope you find this info helpful! Let me know by leaving your comments or thoughts below.

Good fishin’ to you