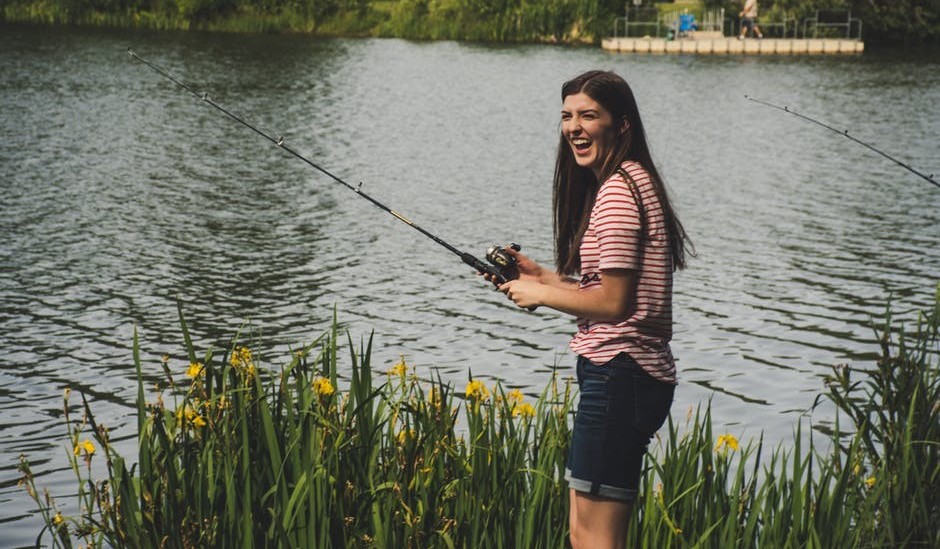 There is nothing worse than heading out for a day’s fishing trip and coming back home with an empty cooler, having nothing to show for the day’s hard work. Most crappie anglers dedicate several hours of their fishing trip to trying to reel in a catch, so going home empty-handed can be quite frustrating.

Crappie are popular among anglers for two simple reasons: they can be found all across North America, and they are one of the tastiest pan fish you will ever eat. In fact, I would argue that crappie are the best tasting freshwater fish out there (sorry Catfish :))

This is why many anglers will do almost anything to catch them. However, what many people do not know is that although there will always be good and bad days when you hit the water, it often boils down to one thing: when to fish for crappie.

As mentioned earlier, it is possible to catch crappie all year round (I fish every weekend regardless of the season). However, the crappie behave differently during each season, so you need to employ different tactics each time.

In spring, crappie are at their most abundant. This makes them relatively easy to catch. So when you want to almost guarantee success with crappie fishing, spring is the perfect time to head out.

So why are they so numerous? For one simple reason: spring is their spawning season. Crappie spawn close to the surface at temperatures of 57 to 65 degrees. As they spawn, they become aggressive and easily agitated. This means that they will attack almost anything that is presented before them, making them absolutely easy to catch.

As you fish during spring, look for them in areas of shallow waters. Focus on creeks, banks, and close to the water surface of lakes. Try to find the warmest areas of the water because this is where most of the crappie will be.

If there are areas with structure, head there immediately. Any areas with brushes, trees, docks, piers or floating logs or underwater plants make perfect nesting grounds for crappie. This is where they build their nests at about 6 to 7 feet. Areas of structure are also homes to minnows, which are the crappie’s favorite food.

Drop off points are another great place to look for crappie during spring. These are areas where streams meet the lake. Female crappie first stop at drop off points as they head into the lake before laying their eggs.

One of the best times to catch crappie during spring is during the annual springtime floods. This is because as the water levels increase all over, a large number of crappie is forced into a small area. This means that the lake instantly becomes overpopulated by crappie, and you will have a field day catching them.

After the spring spawning, as the weather gets warmer and summer sets in, the crappie start heading deeper into the water. They usually average 15 to 20 feet during this time. The water at this depth is at a more comfortable temperature for them.

Summer crappie are usually very hungry, because they have used up almost all their energy reserved for spawning. They are therefore constantly on the hunt, so if you want to catch them, focus on areas where minnows can easily be found. This includes areas with brushes or submerged tree stumps. This is where minnows tend to congregate in summer, and since they are the crappie’s favorite food, this is where the crappie will be, too.

Summer is also a great season for night fishing. At night, temperatures are a lot cooler and minnows are more active. So the crappie will not be limited to the depth of 15 to 20 feet. They will go where the minnows go, and since the minnows are closer to the surface, you will have an easier time catching the crappie at those depths.

Fall crappie fishing can be quite tricky because almost the entire water temperatures are the same at all depths. So it is harder to predict where the fish will be.

Generally, they will be deeper as the water surface gets colder, but they can still be found in their usual brushes on warmer days. Focus on their feeding areas and you will find success.

This means that your productivity in fall will usually come down to the bait you use. The more attractive and convincing your bait is the more success you will have. Crappie during fall are stocking up on their food reserves in preparation for winter. This means that minnows are almost irresistible during this time. So if you use minnows, you will have a better chance of success.

Night fishing during fall can also be quite effective. At night, their locations are more predictable, because they come closer to the surface to feed.

As the cold sets in, crappie become less active. However, if you know what you are doing, this won’t make a difference. In fact, winter brings with it an even better chance of catching your limit as the crappie congregate in schools to keep each other warm. This means that when you catch one crappie at a particular depth, you will probably find many more at the same depth.

Not many people want to fish during winter. In fact, many anglers just give up when the weather changes. As fewer fishermen put pressure on the crappie, they are allowed to grow larger and hit maturity. This means that winter is the perfect time to catch the largest slabs. By the way I LOVE FISHING FOR CRAPPIE IN WINTER!!!

Since winter crappie are less active, they move sluggishly in the water and take their time before biting anything. Which is why patience is so important when winter fishing.

The best time of day to fish for crappie during winter is very early in the morning. This is when the water is at its coldest, so the location of the fish is more predictable. As the water warms up, getting to its warmest in the late afternoon and early evening, it becomes harder to catch crappie because they are no longer schooling. Every individual fish is looking for its own perfect warm spot, so they can be found all over the water at varying depths. 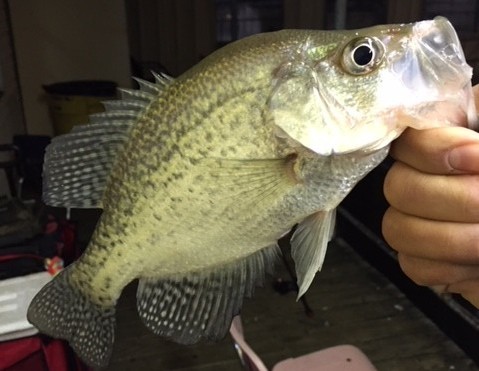 Throughout the year, the number of fish you catch will depend on the time of day you hit the water. They tend to be more active during their feeding times, which is often between midnight to 2am and at dusk and dawn.

They make their way to shallower regions of the water to catch minnows and surface insects. When they are hungry, they will attack almost anything that looks like a meal, which means early morning and late evening are among the best times to catch them.

Depending on the season, the crappie tend to remain on the deeper parts of the lake during the day.

However, during spawn, males stay near their nesting grounds guarding the eggs. They will be here throughout the day, and they will aggressively attack anything that threatens their eggs. This means that no matter the time of day, the spawning season is the perfect time to catch crappie with no hassle.

The hours from around midnight to 2am are the main feeding time for crappie. This is when they are hungriest and easiest to catch. They will often venture close to the surface to catch minnows, and even closer when the minnows become more or less depleted and they need to eat surface insects for sustenance.

A great tip for night fishing is to use a night light. Make sure this is legal in your area. This attracts the insects and minnows to you, which in turn forces the crappie to come to you. The fact that not many people night fish is also a plus, because for a few hours, the crappie are not under any pressure, and are therefore not as vigilant. By the way, if you use a fishing light in the water, it can take an hour or so before the crappie start coming around. First, small bait fish will be attracted to it, the crappie will eventually make their way to your light chasing after the bait fish that are around it.

I wrote another article about crappie fishing basics that has a lot more information if you are interested.

1. Use live minnows for baits. Make sure they are live and lively by hooking them through the nose, by the tail or just below the dorsal fin.

3. Use the right gear every time. A good spinning rod and reel combo or a strong long rod will work well for catching crappie.

5. A good understanding of crappie behavior is essential if you want to be successful. Generally, crappie love nice, stable temperatures that are not too hot or too cold. 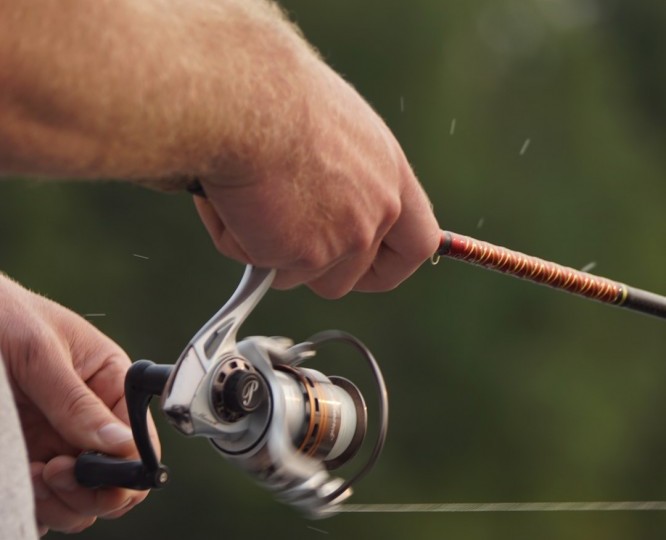 Crappie fishing can be fun and exciting, but it can also be rather disappointing especially when you have a bad day with no catch. Luckily, when you know what to do and when to head out, you can almost always guarantee a successful fishing trip. I hope that with these tips, your fishing trips will become more successful and you will have way more good days out in the water.

If you found this article helpful, please leave me a comment below. If you have questions, you can leave them in the same section below. I will try to get back to you as soon as I can.

Good Fishin’ to you,